Dear visitor,
VoIPLine Telecom uses latest technologies in web development. Unfortunately your web browser is not supported and some parts of our web site may not be displayed correctly. Below are links to the latest versions of Google Chrome, Mozilla Firefox and MS Edge browser.
> Download Google Chrome
> Download Mozilla Firefox
> Download MS Edge
Book a FREE introduction session with us today! Book Now

Signup for your 14 day free trial

Self Service Portal:
Configure your PBX, order phone numbers and equipment
An account with the same phone number or email address already exists. If you would like to create a new account with your same details please contact our support team on 0800 864 754 or +64 9222 1000.
Need Help?
Feel free to call us on 0800 864 754 or chat to us online
Safe & Secure
Don’t have a login? Sign up for your 14 day FREE trial today!

Back to Blog Listing

What is hosted PBX? A beginner-friendly explanation 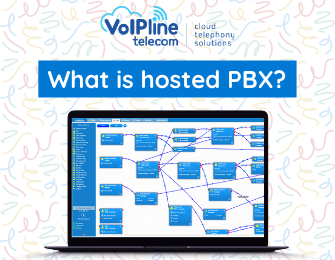 Hosted PBX (Private Branch Exchange) is a virtual telephone system that allows you to connect to your phone system via the Internet connection.

In the past, many businesses used a traditional PBX setup: a private telephone network that allowed employees to make and receive calls using traditional landlines.

Hosted PBX systems allow businesses to communicate wherever they have the Internet connection using a technology called VoIP (Voice Over Internet Protocol) for a fraction of the cost of these traditional PBX setups.

A good analogy would be how email has replaced traditional mail. Hosted PBX has superseded PBX: it’s more reliable, convenient, cheaper, and available 24/7.

Why should your business invest in a hosted PBX setup?

There are a number of benefits that come with switching to a hosted PBX system. Some of these include:

Hosted PBX systems allow users to work remotely, as long as they have the Internet connection. Employees can just log into the system via their phone, tablet or computer. This is particularly useful as many businesses have had to transition to working remotely due to the COVID-19 pandemic.

Hosted PBX system will ensure that your phone system is always operational. You no longer need to worry about downed lines or missing voicemails, because the system is run in a reliable data centre which is monitored 24/7.

Hosted PBX systems come with a number of features that help to keep your business running smoothly. Some of the most common features include voicemail to email, call forwarding, call logs and more.

Cloud vs virtual vs hosted PBX

What's the difference between hosted PBX, cloud PBX and virtual PBX? Frankly speaking, there's no difference, that's all the same name of the same technology. In some countries one name is more popular than the other or a provider prefers one over the other. The main meaning is that PBX is no longer a physical entity but a technology that is used via the Internet, that's why it can be called either virtual, cloud or hosted PBX.

A hosted PBX system is a convenient tool for organising day-to-day communications within and outside your business. It allows the productive structure of distributing calls between staff members, compiling information about customers and increasing the productivity and efficiency of your workflow.

If you’re in need of a hosted PBX system for your business or organisation, take a look at our hosted PBX service page.